If I were a blog post, I would be this one

By the quiet one 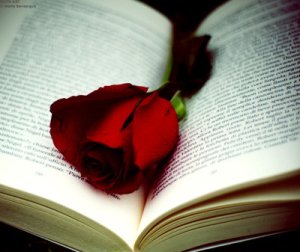 The Book of Secrets.

And now, most exquisite Reader, why won’t you describe yourself in a similar fashion?

Edited for grammar on 19. September.

About the quiet one

I ain't never ever had the gift of gab, but I can talk with my eyes. Words fail me, you won't nail me, my eyes can tell you lies. END_OF_DOCUMENT_TOKEN_TO_BE_REPLACED
This entry was posted on Monday, September 19th, 2011 at 2:40 pm and tagged with "I don't understand", "what?", "where's my tea?", ask a vegetable, deceptively calm, what the hell does magenta look like and posted in short and sweet. You can follow any responses to this entry through the RSS 2.0 feed.
« L’heure avant l’aube du jour suivant
The blue lotus »

7 responses to “If I were a blog post, I would be this one”